In 2015, 98.5 UPS, Black Diamond Broadcasting, was awarded the Official Broadcast Rights to the ARCM.  Our objective was to Increase public exposure of the event and the region. Also, to increase the economic benefit of businesses throughout the Au Sable River Valley, not only during the week of The Marathon, but throughout the year by utilizing public exposure generated by The Marathon as a vehicle to highlight the Au Sable River Valley as a tourism destination. 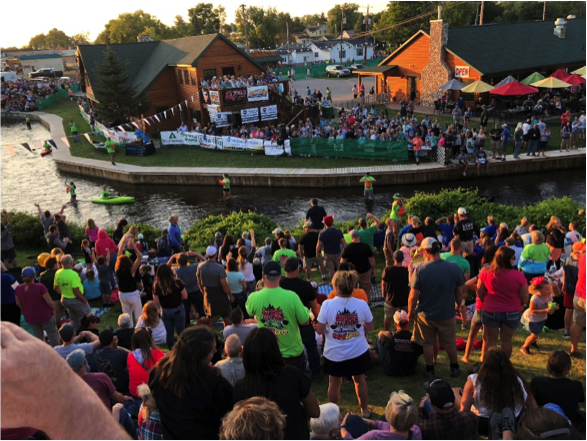 In order to achieve this, and create awareness of the race across Michigan and surrounding states, we formed a Radio Network, which some said would never happen.  To date, we have between 20 – 25 radio affiliates each year carrying the race updates every hour, from start to finish.  Three years later we have record crowds, which has brought tremendous economic growth in Grayling, Oscoda, and the Au Sable River Valley, during race week. This is due in large part to the strength of 98.5 UPS, and the ARCM Radio Network. Every year more and more people across our state are made aware of the ARCM race, and all the activities during race week, because of the radio network Black Diamond Broadcasting created and manages.

As a result of our success, last year the AuSable River International Canoe Marathon (ARICM) committee, committed to a long-term agreement with Black Diamond Broadcasting. 98.5 WUPS is the Flagship station of the ARICM radio network, and will remain the “Official Station”, providing start to finish coverage of the race, for years to come. In addition, the committee also reached a long-term agreement with Larry Roberts, “The Voice of the Marathon”, and he will be heard exclusively on 98.5 UPS. 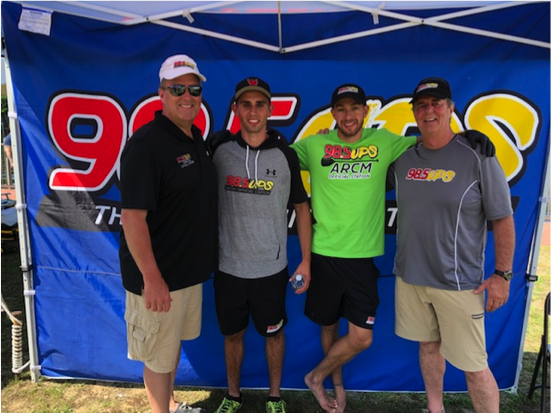 Mike Chires (co-owner of Black Diamond Broadcasting), commented “It is amazing the progress we’ve made in only three years. We conceived and created the ARCM Radio Network, providing race coverage throughout a large area of Michigan. We’ve invested in equipment to provide listeners much better quality sound than in years past. We’ve helped develop corporate sponsorships. We’ve supported numerous paddling teams, and this year we’ve invested even more to enrich the fan experience. Each year we listen to fans suggestions on how we can improve our radio coverage. People have asked us to provide more race coverage to the middle and back of the pack. To accomplish this, for the first time ever, we are adding a second broadcast team, and a third update to almost every hour of race coverage. This third break will be dedicated to providing updates on the middle, and back of the pack padding teams. We were asked to provide coverage on teams outside of the top 30, and we are addressing this with a second broadcast team that will focus entirely on teams outside of the top 30. Every year we strive to provide better coverage, and every year so far, we have accomplished our goal. We are proud of the progress we’ve made, and extremely excited about our future.” 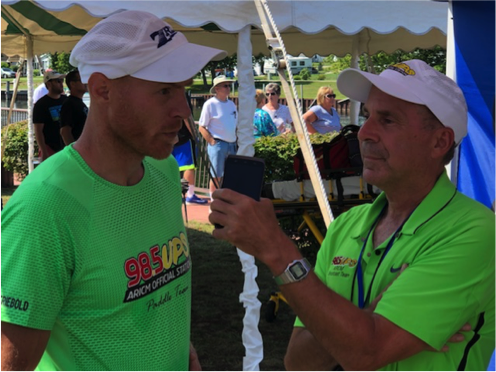 In addition to our official race coverage with Larry Roberts and John Sullivan, this year, Black Diamond Broadcasting is the AuSable River Festival “Music Sponsor”.

We have a great lineup of bands playing, some of which have played Soaring Eagle and other major venues (folk, country, classic hits, rock and classic rock).